For Current Stockists of my work see HERE

-  recognition from prestigious arts-based organisations, eg, chosen by panel as a Creative Made in Leicestershire SELECT artist, from 2014, for originality and quality of work created

- track record of work sold, including in London and private commissions

- work owned by collectors and clients across various continents, from Leicestershire to Europe, the USA, the Middle East, Australia
- the majority of work is limited editions, and occasional mono-prints, enhancing exclusivity

- a small quantity of more affordable open editions, available to all

- critical acclaim in the press

Maria Bragoli: Personal Statement
"I create images which take a divergent view of everyday reality; contemplative images which enable the viewer to lose themselves in the photographic narrative.  My fascination with the interplay between shadow, darkness and light, colour fading to black allows the creation of images that can be thought provoking and emotionally charged, allowing the viewer to be drawn into a different world and aspect."

OR, to put it another way - images that a client can live with, day by day, year after year, not part of the disposable society, to be fascinated by, to enjoy.

Painting with Light, Painting by Camera and Photo-Painterly Realism
Series: Contemplations on Darkness & Light
The lighting and composition of an image are used to create the mood, thereby, painting with light. The camera is used to capture the setting and mood, as the alternative to the artist's brushes, so 'painting by camera'. I capture an image as much as possible as I see it at the time, with minimal post-production, very often the photographer's 'holy grail'. Overall, the content, lighting, composition and other elements, combined with my initial vision, can often produce a painting-like effect. The result is a true photographic recording which, at the same time, looks more like a painting, therefore, a technique that I call 'photo-painterly realism', or more simply, 'painterly realism'.

Occasionally, I will use more specific post production techniques as an enhancement of the overall mood of an image. This can involve adding a tint to the original image, or intensifying contrasts.

No cards are produced of the limited editions in the series, Contemplations on Darkness & Light, thereby enhancing exclusivity.


More details about this series
are AVAILABLE HERE 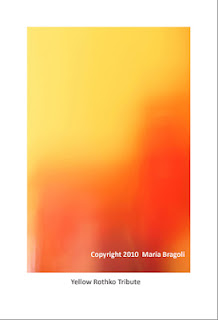 Inspirations
The four elements. Colour, light, dark. Landscape, seascape, cityscape. My imagination, visualising an image, then making it happen through the camera. Emotions. The past, timelessness. The photographic 'greats'.

Influences
From the Old Masters to modern-day cinematographers, to miniscule, often unobserved details that trigger a seed of an idea. From Arabic literature to Japanese paintings. From Modernist architecture to classical music.


Viewer Reactions
The pleasure I derive from my fine art images are two-fold; firstly, the creative process itself, seeing an image in my imagination or a real life view in a certain way and capturing my vision of it, painting through imagination, light and camera; and secondly, the fascination of the viewer's reactions to a specific image, or a body of work, and the sometimes differing reactions of viewers to the same image.

I find it particularly rewarding when I attend exhibitions and private views of my work, since this gives me the opportunity to meet viewers and collectors, to see their reactions to my work and to hear their comments. Even more, when I know that an image will give years of pleasure to the collector, or has been purchased for a specific reason or evocation of memory.

Series: The Etching Series - Wistow Trees
A collection of four limited edition fine art prints, showing the delicate and fragile beauty of our British treescapes. Painting-like images borne from my imagination and finalised in print form.

Each limited edition is fixed in number of 150, yet variable in final tints sizes and photographic printing process. So, there will never be 150 exactly the same.

No cards are produced of this series, thereby enhancing exclusivity.

Series: Sounds of the Sea
The enduring power of the sea and seashore on the human psyche and the Victorian fascination with the recuperative powers of the seaside holiday, evoke nostalgic memories of British seaside holidays combined with timeless emotions, even now, for modern-day families.


Series: Sea of Solace
An extension to and development from the series Contemplations on Darkness and Light is the series, Sea of Solace, evoking the enveloping colours of the sea and shore, the constant ebb and flow of mood, emotion, and the elements. Sea of Solace is work in progress, of purely abstract mood and colour.  I am experimenting with different papers for the final print versions and deciding on the number of limited editions.

Other series - as stated previously, I limit the number of works I release. Many of my images are works in progress and may not be released immediately, allowing time to develop, extend or hibernate an idea and add to a body of work, until ready for release as a series. I do not release work 'just in time' for Christmas or suchlike.


Other Work
With a wide range of influences and seeing the everyday in a sometimes detached and contemplative manner, my work can take various directions. To stay more involved with the world, I also take on non-gallery projects, both commissioned and self-directed, such as recording theatre productions, documenting social changes, or recording architectural heritage, often before it becomes physically demolished for ever.


Within that, as well as exhibiting in galleries and  solo shows, I also discuss individual commissions for private individuals, and corporate and public spaces.